The inherent threat the evolution of our living places

Our species has moved out of the trees onto the savanna – just to build concrete trees instead, in the form of cities. Although this may be a nutshell view of human history, the movement towards making our living places habitable is taking a new turn. We no longer live just in the physical world, we now live also in the cyber-physical, and this transforms how we live, work, and play in the form of the ‘smart city’ built on our own data.

The concept of the ‘smart city’ is recent. Reports are that it goes back to a conversation between the Clinton Foundation and Cisco in 2005. Supposedly, the tech vendor was asked to find ways to use technology for better sustainability within urban areas – in other words, go build a “connected urban development program”. From this, the modern concept of a smarter place to live and work evolved, and data is the roots of its growth.

We Built This City on Data

The smart city is built on the data we generate. These data, however, may have a complicated life cycle that spans across hardware, household goods, cars, trucks, cameras, smartphones, fridges and even refuse bins. This is our cyber-physical future – a future that promises improvements in sustainability, of economics, and better environmental controls. Whatever we touch in our lives and work can be a conduit for data that then becomes part of the wider city data network. The goal is to gather, analyze and apply all this data in ways that produce greater efficiency and make our lives better. Such goals, however, will not automatically result in bettering our lives. Use models must be carefully scrutinized to ensure the data gathered do not inadvertently create unintended dangers.

We humans often try to run before we can walk. We plow ahead with technological innovations without considering negative side-effects that may accompany them. Security of the Internet of Things (IoT) is a case in point. Internet-enablement of devices was rushed to market by most manufacturers while security became an afterthought. A good example of this was the Samsung Smart Fridge, which, in 2015, was found to be vulnerable to a Man-in-the-Middle attack. Since then, inherent security issues within IoT devices have resulted in some of the biggest cyberattacks in history, such as the Mirai botnet. And now, vulnerabilities in our Wi-Fi networks such as the Krack attack adds fuel to an already stoked fire. Cyber-kinetic risk, where the digital world penetrates our physical one, is the future playground of hackers. New methodologies for finding and mitigating risks will test security professionals to the limit.

In addition to security implications, Internet-enablement and remote data collection pose privacy risks. Privacy concerns have dogged IoT devices built to sit in our homes – and spawned parents’ common nightmare that their children’s toys may secretly be recording conversations. And now, technology expands into our own bodies. In November, the FDA approved pills containing sensors to allow patients’ drug use to be tracked. While comprehensive data is needed to build better cities, that data can also reveal sensitive knowledge about our personal lives.

Advances in technology coupled with population rise and urbanization challenges have created a perfect storm for the development of the smart city. Using data wisely is a way to manage increasingly difficult urban situations from traffic congestion to waste management.

As we generate more data, and as we combine and analyze these data, privacy concerns increase. These data can provide valuable insights to help us manage the complex nature of our growing population and urbanization needs. We should not, and cannot, allow this pressing need for efficiency to undermine our privacy, though. Privacy is sacrosanct and, once lost, hard, if not impossible, to reclaim. As individuals, as organizations, as government bodies, we all need to understand and appreciate what data privacy means. We can make smarter cities, but, in doing so, we must also build in both technical and legislative structures that defend our privacy. Our next big step in human history needs to land on solid ground. 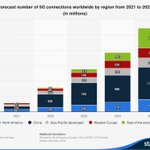 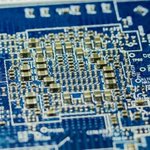 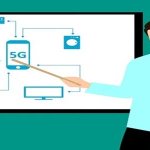 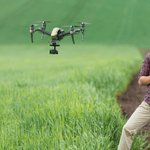 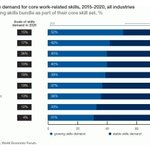 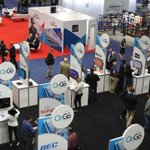 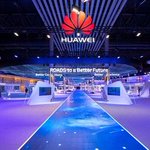 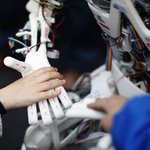